The Standard Gauging System is the classification system used by ability gauges and other such people to measure the relative strength of an ability in unORDINARY.

The Standard Gauging System ranks abilities on a scale of 1.0 to 10.0, with people ranked at 1.0 being powerless.

It is possible to know how powerful one is by using an ability gauge.

P stands for an potential and represents the base power of an ability. An ability's potential is hereditary and therefore cannot be altered. [1]

M stands for mastery and represents how well a user knows, controls, and uses their ability. Mastery can easily be altered depending on factors such as strength, range, accuracy, recharge rate, the ingenuity of user, and so on. Due to this factor, a naturally weaker ability may score higher than a naturally stronger ability depending on their mastery level. [1] Mastery of an ability can also alter the user's stats and level, as shown when comparing Remi and Rei's stats.

Every ability is categorized into one of the four tiers (and one sub-tier): low, mid, elite, and high (god being a subcategory of high-tier).[1] Colloquially, people prefer to use their tiers to show their strength rather than their exact ability level. In this story, this world's distribution consists of 30% low-tiers, 55% mid-tiers, 12% elite-tiers, and 2% high-tiers.[2] It is possible to raise one's ability level by either cultivating their ability or have their ability enhanced by external means. Alternatively, it is also possible to externally nullify abilities, which can bring even the mighty god-tiers down to a low-tier level.

Individuals with an ability level between 1.0 and 1.9 are considered low-tiers. Because of their weakness and defenselessness, low-tiers are considered the lowest social class and are treated as such.[1] Likewise, they take great pleasure in bullying the powerless.

Powerless individuals, better known by the slur cripple, have a level of 1.0 and are notable for having no natural superhuman ability. [3] Uru-chan has confirmed that 30% of the world's population are low-tiers.[2] 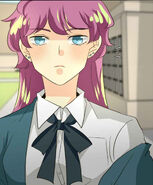 William H. Doe
Add a photo to this gallery

Individuals with an ability level between 2.0 and 3.4 are mid-tiers, regular, everyday citizens of average power. Mid-tiers have the most diversity in terms of abilities and make up over 50% of the population.[1] [2] Most individuals falling under this category are considered very powerful compared to low-tiers.

Yuline
Add a photo to this gallery

Individuals with an ability level between 3.5 and 4.9 are considered elite-tiers. The second-highest tier, these gifted individuals are not only extremely competent in combat, but also comprise some of the most well-respected social groups and take on positions of prestige and authority.[5] Elite-tier population is rather small, making up only 12% of the global population.[2]

Zeke
Add a photo to this gallery

Individuals with an ability level of 5.0 and above are the especially powerful high-tiers, a class of rare and extremely powerful people whose abilities easily trump most others without the need of much strategy or finesse. Near-total mastery of their ability allows it to passively manifest. According to Keene, who is the head of security at Wellston Private High School, a single high-tier is like a one-man army. [5] All high-tiers are held in high regard and make up 2% of the global population.[2]

High-tiers who engage in vigilante-styled crime-fighting outside of official government or civil defense authorities are called "superheroes". Recently, the crime syndicate EMBER has been targeting them. 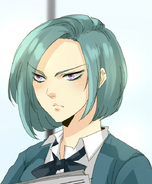 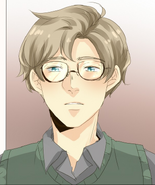 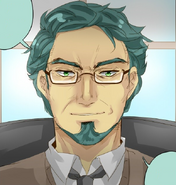 Blyke
Add a photo to this gallery

These exceptional and revered individuals belong to a subcategory of high-tiers with an ability level between 6.0 and 10.0. They are the nigh-invincible god-tiers. The most powerful of the high-tiers are people who are not only born with extraordinary power but have discovered and mastered each and every intricacy of their ability.

According to Uru-chan, a god-tier can only be defeated by another god-tier. [1] The power disparity between god-tiers and the lower tiers is especially evident in Arlo's curb-stomp battle against Rein, despite Rein's level almost making her a high tier.

Narisa
Add a photo to this gallery

Retrieved from "https://unordinary.fandom.com/wiki/Standard_Gauging_System?oldid=28269"
Community content is available under CC-BY-SA unless otherwise noted.