Regeneration is a support ability that grants the user the ability to heal themselves.

Regeneration allows its user to heal themselves effectively, practically undoing all damage done to them.

While the ability is active, in addition to the usual glowing eyes, the user's body is covered by a misty aura of their signature colour while the healing process takes place.

Regeneration is a highly potent healing ability that appears to heal all wounds of its user. The ability appears to be fast acting as it can heal a broken bone of its user in mere seconds.[1]

However, unlike Healing, Regeneration appears to only affect its users, making it useless for healing others. Furthermore, should the user be knocked unconscious, the ability's effects will cease. 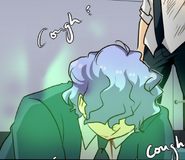 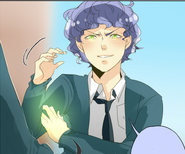 Tanner, moments after being brutally punched in the face. 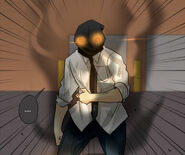 John using Regeneration to heal himself.
Add a photo to this gallery

Retrieved from "https://unordinary.fandom.com/wiki/Regeneration?oldid=22802"
Community content is available under CC-BY-SA unless otherwise noted.