It was about a man who lived amongst a world of cripples.

John muses about a book his father wrote. The book featured a man who lived among a world of cripples, and only used his ability for others. He helped the weak, saved lives, and spread wealth. He ends up dying in the end, however, the death of this man was not sad as he had brought charity when he lived.

At Wellston Private High School, the famous triple chocolate cake is served in the cafe, and John has a good feeling when he rushes to the cafe. However, John watches in dismay as two powerful high-tier students, Remi and Arlo, fight over the last slice, arguing over Remi's point that she "called it," and the two begin to clash. 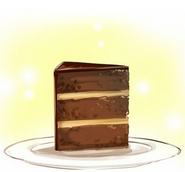 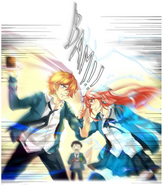 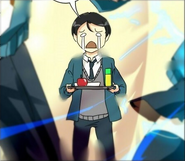 Retrieved from "https://unordinary.fandom.com/wiki/Prologue?oldid=25648"
Community content is available under CC-BY-SA unless otherwise noted.