Gavin is a student of Wellston High and the first bully to appear in unORDINARY.

Gavin has grey hair, violet eyes and fair skin. When using his ability, his eyes glow and his skin color turns grey-purple. He normally wear a Wellston school uniform without the tie, and his collar unbuttoned. John knows him as “stone kid”. 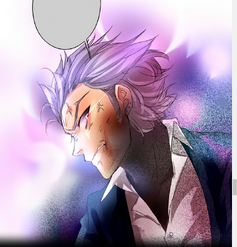 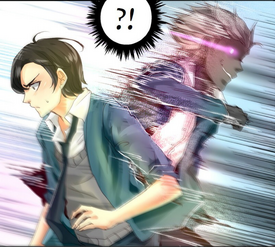 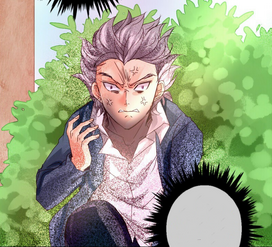 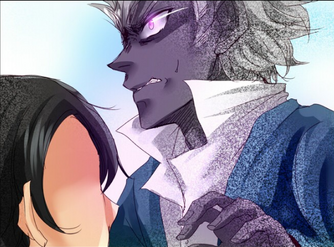 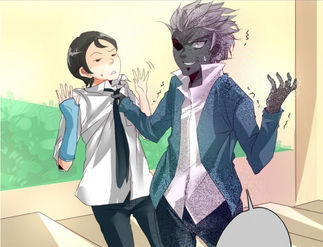 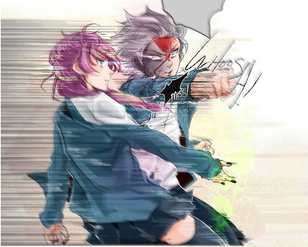 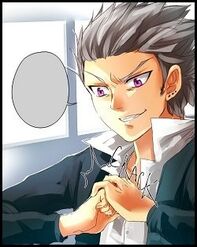 Gavin getting ready to punch John up.
Add a photo to this gallery

Gavin is a typical bully who harasses those weaker than him and is prove to holding grudges. He also takes advantage of his position as one of Wellston's strongest mid-tiers to force his victims to complete assignments for him. Despite all of this though, he acts relatively normal around his friends.

When Gavin was bullying a low-tier for "speaking back to him", John saw him and attacked, giving the victim an opportunity to activate his ability and escape. Taking it as a challenge, Gavin tried to punch John, but his attack was countered. Gavin, enraged by this, activated Stone Skin and injured John, breaking the latter's arm. With John's provoking, he lunged at John, but was thrown out of a window.[1]

When Gavin regains consciousness in a bush under the window, he swears to beat up John the next time he sees him, which happens to be a few seconds later. However, John is accompanied by his best friend Seraphina, who also happens to be the Ace of Wellston. Foolishly, he tries to attack anyway, but Seraphina knocks him across the courtyard and smashes him into a wall seemingly without moving or even making any effort to fight. [2]

Not even four hours had passed since Seraphina left before a revenge-fueled Gavin attacked John. Despite the latter's best efforts, Gavin successfully caught up to the "cripple" and proceeded to pummel him.[3]

Gavin was one the the select few interviewed by Isen to shed some light on John. His response to Isen was that John was a dirty fighter who does not fight his own battles.[4]

Gavin was mentioned as one of the "strong mid-tiers" along with Tanner, Illena, and Wenqi.[5]

While walking to school, Gavin found himself suddenly confronted by Joker. Recognizing him as the person who single-handedly defeated all of Wellston's Royals, he panicked and ran.[4] Gavin later told a friend about what happened while walking through the school hallway and angrily walked off when he didn't believe him.[4]

Stone Skin: Gavin has the ability Stone Skin, which allows him to turn his skin into stone at will, making him stronger and more durable. It also grants him an unexpected speed boost.

Retrieved from "https://unordinary.fandom.com/wiki/Gavin?oldid=25824"
Community content is available under CC-BY-SA unless otherwise noted.