Energy Beam is a powerful ability that allows its user to shoot rays or spheres of bright energy from their hands.

As its name suggests, Energy Beam grants its users the ability to utilize beams of energy emitted from their hands. These Energy Beams can be made powerful enough to pierce right through a human being and demolish the user's surroundings, and can also be manipulated for different purposes.

The Energy Beams emitted from the user's hands are in their signature colour.

Despite primarily being a long-ranged ability, Energy Beam is easily one of the most versatile projectile generation ability to ever be introduced in unORDINARY. One of the key aspects of Energy Beam is not only its destructive power, but also its ability to create numerous different projectiles ranging from continuous beams, precise shots, and even sphere-shaped explosives. With numerous different projectile options, Blyke has displayed enough mastery over Energy Beam to snipe opponents from rooftops and intercept other projectiles. At higher mastery, as displayed by John and later Blyke, Energy Beam users can also generate their beams from their fingertips to create smaller, more concentrated projectiles. In addition to the numerous long-ranged capabilies of Energy Beam, the ability can also be used to propel its user, allowing them to jump higher and evade attacks faster. Blyke has also displayed that he can disperse his Energy Beam to perform feats such as clearing smoke or even disperse his Energy Beams as a powerful shockwave. 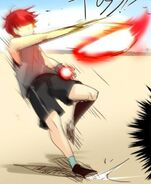 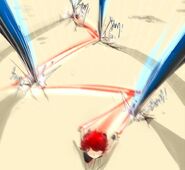 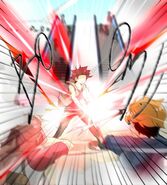 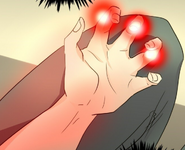 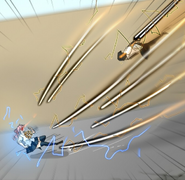 John launches a barrage whith his "Homing Shock Beams."
Add a photo to this gallery

Retrieved from "https://unordinary.fandom.com/wiki/Energy_Beam?oldid=25089"
Community content is available under CC-BY-SA unless otherwise noted.