HOW DARE YOU SPEAK TO ME THAT WAY!

John and Seraphina run into a confrontation with Levani at Kovoro Mall when she threatens to blow up an Ability Gauge's booth. John screams for help and a security guard stops her but demands the man running the booth to refund her money, and she walks away. The guard scolds the booth man although he thanks John and Seraphina for standing up for him, so he reads Seraphina's ability, scoring an 8.0, giving her a teddy bear. He asks if John wants to try too but he nervously backs away, 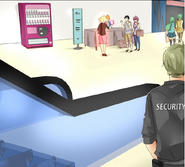 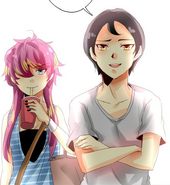 John and Seraphina smirking at Levani 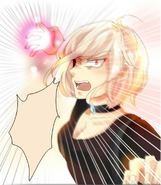 Levani about to attack John

Levani being stopped by security 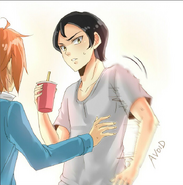 John avoiding the Ability Gauge
Add a photo to this gallery

Retrieved from "https://unordinary.fandom.com/wiki/Chapter_9?oldid=25669"
Community content is available under CC-BY-SA unless otherwise noted.