This is the 73rd episode of unORDINARY.

Attackers hold Seraphina hostage with a knife at her throat and tell John to deactivate their abilities but John makes attempts to save her. In the end, John tells Arlo to call off the barrier but then winks to signify that it is part of his plan. The bandit ends up escaping, however, Seraphina is safe once more. 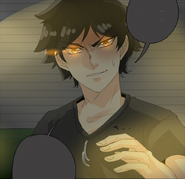 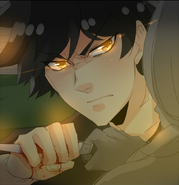 Retrieved from "https://unordinary.fandom.com/wiki/Chapter_73?oldid=14973"
Community content is available under CC-BY-SA unless otherwise noted.