What the hell is going on here?

This is the 72nd episode of unORDINARY.

Arlo, and Elaine were asleep on the couch in John's house when an intruder suddenly appears in the living room with a knife in hand. He attempts to stab Arlo but Elaine wake up moments before, yells to Arlo and takes the hit instead. The king with his fast reflexes grabs the assailant by the neck and pulls him to the ground, enclosing a barrier around the two.

Elaine takes the knife out of her arm and tries to heal her wound but noticed that it was barely healing. She then Inform Arlo that the knife she had was the exact same one that Seraphina had. After that Arlo, begins to question the assailant but was interrupted by John who yells at the two for waking him up and causing a ruckus.

John notices the strange circumstance, being informed by Arlo that an assailant had broke in. John feels strange, as he couldn't sense Arlo's ability being activated, implying his passive had deactivated. Arlo proceeds to question the assailant with brute force, but the assailant refuses to answer.

Arlo then notices that the man is hardly putting up a fight, just then they head a loud sound coming from where Sera was sleeping in. John gives chase, and Elaine as well. Arlo realizes "the assailant" was just a decoy, he then knocks him unconscious. John arriving at the scene, saw Sera being abducted by a man at the window, he threatens him but to no avail. While the abductor activated his ability while coming out of the window. John proceeds to activate his ability to stop the abductor.

John becomes infuriated as his ability didn't work, specifically Arlo's barrier which he should have copied to prevent the abductor from escaping. Despite that, John proceeds to give chase to Sera's abductor leaving the room. The abductor is getting close to the van, but by a hair's breadth, Arlo had placed a barrier. The abductor infuriated as he was, threatens to kill Sera if John takes another step, the abductor, anxious as he was, tells them to deactivate their abilities as well. 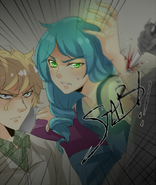 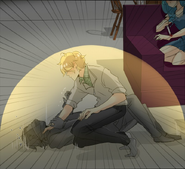 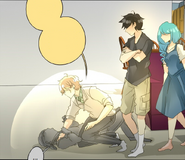 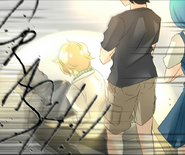 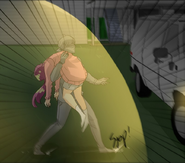 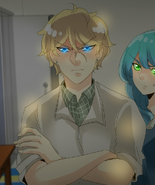 Retrieved from "https://unordinary.fandom.com/wiki/Chapter_72?oldid=25287"
Community content is available under CC-BY-SA unless otherwise noted.