As long as nobody pisses him off,
nothing changes.

This is the 71st episode of unORDINARY.

After John gets angry at Elaine for being unable to heal Seraphina, he tries to slap her but is stopped by Arlo. Arlo points out that John has done nothing to help Seraphina, unlike Elaine. John tells Arlo to get his hand off him. The latter backs off. Then John copies Healing from Elaine and uses it on Seraphina. He discovers a small cut in her neck, much to Arlo and Elaine's surprise. He asks what it is and Arlo answers that it is caused by a needle and that is probably why she is unconscious. The King wonders how they managed to catch her, but John replies that he only wants to know who did this and heals the wound. He takes Seraphina and walks off. Elaine tries to follow him, but is stopped by Arlo. John puts Seraphina in his bed and sits next to her, waiting anxiously for her to regain consciousness.

Meanwhile, Arlo, who is sitting on the couch in John's living room, wonders who attacked Seraphina, what their motive is, why they are targeting Seraphina, and if they will be back for her. Elaine comes and offers him some water, which he refuses. She then sits next to him. After much hesitation, Elaine asks Arlo if John dethroned him and if that is why he listens to John now. Arlo is visibly bothered by this, but tells Elaine that as long as no one disturbs John, everything will remain the same.

After a few hours, everyone in the house has fallen asleep. Outside, a white van pulls up next to the house. 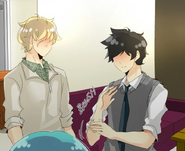 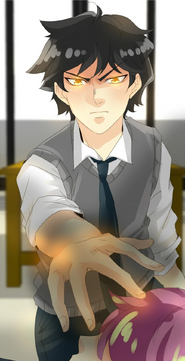 Retrieved from "https://unordinary.fandom.com/wiki/Chapter_71?oldid=14921"
Community content is available under CC-BY-SA unless otherwise noted.