What have you done up until now?

This is the 70th episode of unORDINARY.

John finds Seraphina unconscious and bleeding and calls Elaine with Seraphina's broken phone. Elaine picks up thinking it was Seraphina calling, but hangs up when she discovers it is John, terrified of him. John is angered, and calls Arlo, demanding him to bring Elaine to his place.

When they arrive, the duo are shocked. Elaine starts to insult John, thinking it was him who injured the Ace. John violently slaps her and tells to heal Seraphina now, much to the shock of Arlo and Elaine. After Elaine finishes healing Seraphina, she realizes that something else is off about her, but cannot tell what it is. John yells at her and calls her 'useless' in anger, and tries to hit her again, but is stopped by Arlo. 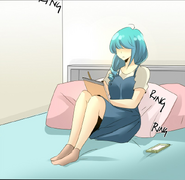 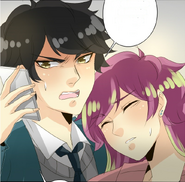 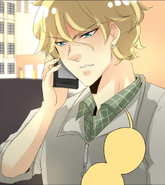 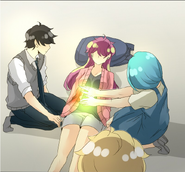 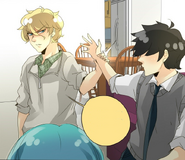 Retrieved from "https://unordinary.fandom.com/wiki/Chapter_70?oldid=14414"
Community content is available under CC-BY-SA unless otherwise noted.