This is the 65th episode of unORDINARY.

John wakes his father up unintentionally after finishing his homework and leaves home for school. William decides to go for a run and invites Seraphina, who is also awake now because of John, but she declines the offer.

Arlo goes to Cecile, demanding to know the name of anonymous writer behind the bomb incident. Cecile refuses to do so and accuses Arlo of favoring Remi too much, saying that she and the Jack will run Wellston into the grounds once they graduate, like Rei had during his term. After hearing this, Arlo stands up and reminds Cecile that she is no longer a Royal because Remi dethroned her, threatening to destroy her for a second time if she continues to disrespect Remi. This scares Cecile into telling him the name of the anonymous writer - Terrence.

Meanwhile, William and Seraphina are taking a walk around town and talking. Seraphina asks William about the inspiration behind Unordinary. William replies that the inspiration came from the times he was bullied for being a cripple, and the thought of what the world would be like if everyone were on equal footing and there were only one person with superpowers. He wrote the story basing the protagonist on himself, so that a world is built open to everyone. Seraphina then asks him why dedicate the book to John, and William says that John was a troubled kid in the past, so he wrote the book to get through to him. William then thanks Seraphina for looking out for John, but she says there is no need, for John takes care of himself just fine. 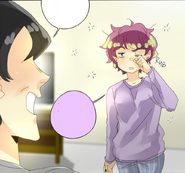 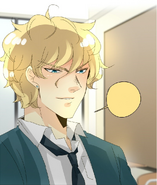 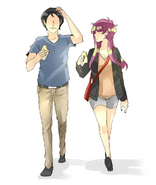 Retrieved from "https://unordinary.fandom.com/wiki/Chapter_65?oldid=13997"
Community content is available under CC-BY-SA unless otherwise noted.