He was able to read me like a book.

This is the 64th episode of unORDINARY.

It is night, and Seraphina, William and John are playing a game of New Texas Hold'em.

William wins a round first, both he and John bluffing out their cards, tricking Seraphina, who could have won the round as she had the highest pair. She calls William and John out for bluffing, to which William explains and gives advice on the game focusing on how players present themselves and are perceived, instead of getting a good hand.

Another round starts and Seraphina has the highest Straight. She sees that John and William are only raising a little bit each time and deduces that both of their cards are not that great. After she raises 350, William stays out while John continues betting. This baffles Seraphina and she finds herself unable to read what is on John's mind or in his hands, but she cannot back out now, after already committing so many chips. As they reveal their cards, it turns out that John has a Flush, and Seraphina loses. John is excited to win, while Seraphina laments that he has tricked her by convincing her that he has nothing at first, and then comes back to bite after she is already invested. John defends himself by saying that that is how the game works, and encourages Seraphina for playing well. He then asks Seraphina if she likes the game and wants to play another round. Seraphina declines, saying that she is going to bed.

Later that night, Seraphina lies in bed, still thinking about William's advice for the game and John's behavior during the game. She concludes that the reason for John's confidence is because his Poker is applicable to real life, and wonders why, despite John's usual expressiveness, she could not read him at all that day but was read by John like a book. 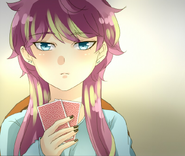 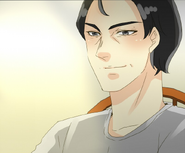 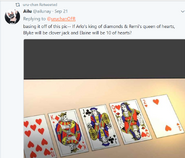 Retrieved from "https://unordinary.fandom.com/wiki/Chapter_64?oldid=17069"
Community content is available under CC-BY-SA unless otherwise noted.