This is the 60th episode of unORDINARY.

Remi finds Cecile in the press room, asking her to reveal the identity of the anonymous writer who wrote about the incident that involved her, Isen and Blyke at the mall on the weekend before. Cecile refuses to do so, and the two go on an argument. Cecile provokes Remi, daring her to attack her and, when Remi can't do so, criticizes both Remi and her brother for holding the same foolish ideology towards the weaker students. The confrontation ends with Remi walking out of the press room, depressed at the reminder of her brother's death, and the fact that it seemed to be all for nothing. 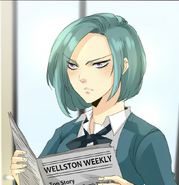 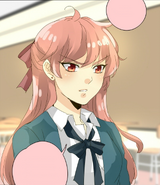 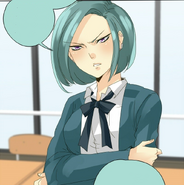 Retrieved from "https://unordinary.fandom.com/wiki/Chapter_60?oldid=17416"
Community content is available under CC-BY-SA unless otherwise noted.