This is the 56th episode of unORDINARY.

The fight between John and Arlo begins. John uses his Wind Blades on Arlo, who merely deflects them onto the ground. John then uses Whirlwind to try and obstruct Arlo's vision. John attacks, but Arlo dodges it. John then flies up and charges at Arlo, forcing Arlo to use Barrier. The Barrier protects Arlo from John, but it is cracked. John flies back and Arlo uses this opportunity to enclose John in a Barrier and tries to crush him by shrinking it. However, John also uses a Barrier, preventing Arlo's Barrier from crushing him. John proceeds to crack Arlo's Barrier, but because of his copied passive invincibility, he doesn't take much reflective damage from destroying the Barrier. John finally breaks the barrier and goes for Arlo. John begins to punch and knee Arlo, and Arlo successfully catches one of John's punches. John then headbutts Arlo, knocking him onto the ground. John stands triumphantly over Arlo and steps on his face, threatening to dethrone him if word of the fight gets out. 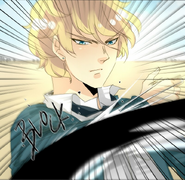 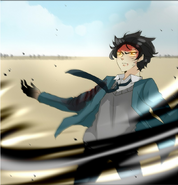 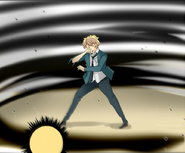 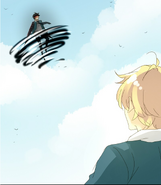 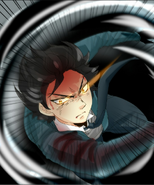 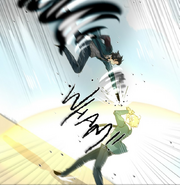 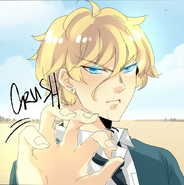 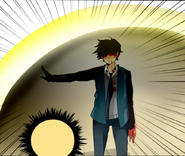 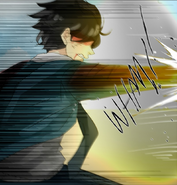 Retrieved from "https://unordinary.fandom.com/wiki/Chapter_56?oldid=13193"
Community content is available under CC-BY-SA unless otherwise noted.