- Seraphina after standing up to her mother.

This is the 51st episode of unORDINARY.

Seraphina is in her room, writing her reports. Her maid comes in and informs her that her father is leaving and not to disappoint them. When she walks out, Seraphina shoves all her books and papers down. She then remembers how John always finds a way out of difficult situations. This gives her strength to rebel against her mother.

Before she opens the door, she remembers John. She then proceeds to open the door. Narisa asks what she is doing out of her room and says that she should be working. Seraphina tells her she doesn't want to do the assignments anymore and how she desires more freedom. She then calls Seraphina selfish, as she already has a successful path.

Seraphina declares she knows why Leilah ran away: Her parents' over-controlling and demanding behaviour. This infuriates Narisa, who uses her ability to smack Seraphina, only for her to counter it. She demands to go back to school early on a first-class plane flight. Proud of her courage, Seraphina walks out, leaving her mother speechless. 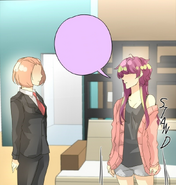 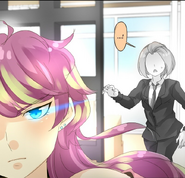 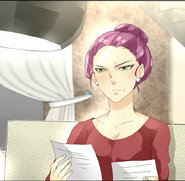 Retrieved from "https://unordinary.fandom.com/wiki/Chapter_51?oldid=12855"
Community content is available under CC-BY-SA unless otherwise noted.