This is the 48th episode of unOrdinary.

Remi, Blyke, and Isen go on a fun-filled outing to Kovoro Mall, to take things off of Remi’s mind. While in the mall, Blyke and Isen encounter an Ability Gauge Booth, to have Remi’s Ability read. Remi then reconizes the prize is the same as Sera’s bear, revealing that there is a tracker inside. 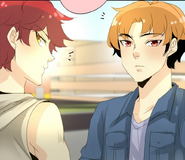 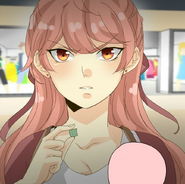 Retrieved from "https://unordinary.fandom.com/wiki/Chapter_48?oldid=18810"
Community content is available under CC-BY-SA unless otherwise noted.