He's not someone to mess with!

This is the 45th episode of unORDINARY.

After leaving the infirmary, Arlo gets a text from Holden about Isen following him. Meanwhile, Isen is thinking about the fight he observed, noting how John's eyes were glowing and how Arlo saved John.

He is then found by Arlo, who stops him from running away and scolds him for not following his order to stop investigating John further. The latter also notes that Isen was observing John for his news article.

Arlo then makes a deal with Isen; Seraphina will return in two weeks, and Isen must finish his story on John and also keep Arlo updated on any new info he acquires about John by then. In exchange, Arlo guarantees that he will make Isen's article the top article in the newspaper. Isen is forced to agree, eagerly but nervously.

In the Wellston boys' dormitory, Isen is investigating John's records from New Bostin High School. He manages to find John's old school profile, but is interrupted by Blyke, who congratulates him on the front page article. When he notices that Isen is investigating John, he asks him why he is so obsessed with him, mentioning that Remi was slapped and shouted at by John previously. He also asks why Isen refuses to spend more time with her, as she has become melancholic since her brother Rei passed on. The two then agree to take her out to the mall that weekend.

After Blyke leaves the common area, Isen returns to John's records and is astonished at what he finds. John's ability and level are listed, and Isen notes that John's ability is extraordinarily powerful. Isen also notes that he was expelled from his school a year prior to entering Wellston, and wonders what John was doing the year he took off. The records further warns that abilities are not to be used in front of him and he can get quite violent and aggressive. The reason for his expulsion was due to his excessive violence against someone. Isen then delves into the details and stops short of falling off his chair from surprise. John's "Excessive Violence" was against half the members of his class, whom he defeated singlehandedly, and that too was for an unexplained reason. Now, Isen is scared of exposing John, afraid of getting on his bad side and suffering what his classmates at New Bostin High School did.

Back on the school roof, John meets Arlo on the rooftop, requesting to talk with him for a moment. 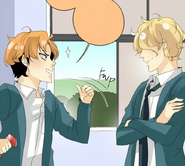 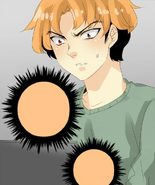 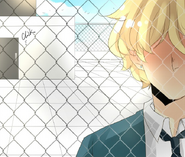 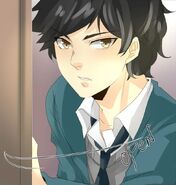 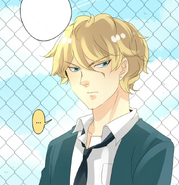 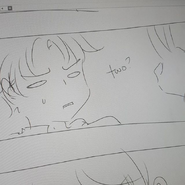 A preliminary sketch for this chapter.
Add a photo to this gallery

Retrieved from "https://unordinary.fandom.com/wiki/Chapter_45?oldid=25074"
Community content is available under CC-BY-SA unless otherwise noted.