This is the 37th episode of unORDINARY.

At the beginning of the flashback, Seraphina and John are in the the school library preparing for the first part of their literature project, a presentation on Spearshake's Hamlot. To Seraphina's disdain, John has fallen asleep on a pile of books.

On the day of the presentation, Seraphina hands John cue cards to read off. Shockingly, he tears them up because he wants to do the project on his own, not use her to get good marks. Seraphina calms herself by reminding herself that if John got into Wellston without an ability, he must be incredibly smart. However, she is horrified when he makes up his half of the presentation and they end up getting a B-.

While John is more than satisfied with his grade, Seraphina is upset. She leaves for the library to continue studying, in hopes of pulling up her average. When John follows her, he overhears everyone in the corridor whispering bad things about her. He realises that even here, the Queen suffers from the harsh judgement of her peers.

In the library, John finds Seraphina and tells her that if they work together, they can get a better grade on the next part of the project. However, Seraphina is still furious at him for messing up their first presentation. She activates her ability and pins John against the wall. Despite threatening him repeatedly, John tells her that he doesn't care about being beaten up as he will do what he wants to. 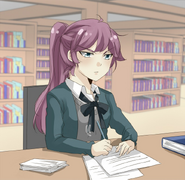 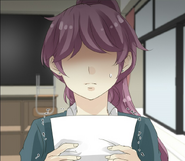 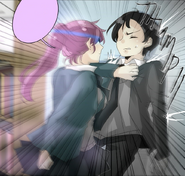 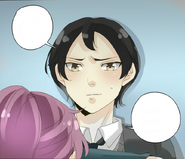 Retrieved from "https://unordinary.fandom.com/wiki/Chapter_37?oldid=11689"
Community content is available under CC-BY-SA unless otherwise noted.