I failed to take the time to understand myself.

This is the 36th episode of unORDINARY.

While Seraphina is taking a study break, her maid enters the room and gives her the day's assignment of schoolwork and supplementary revision books, much to Seraphina's distaste. Although she protests, her maid says that it is her parents' will and she must follow it.

As she works on the assignments and writes a report for her parents, Seraphina thinks about the last time she did that much work voluntarily: one year ago.

In the past, the period after Seraphina's breakdown [1], she wonders what about him made her lose her cool. As the teacher is explaining their three-part literature term project, John arrives in class covered in bandages and gives her a doctor's note explaining his lateness. On the way to his desk, he glares at Seraphina.

The teacher begins to list the partners for the term project: Auriel and Elaine, Blyke and Isen, Hower and Mardin, and John and Seraphina, much to both's dismay. Unable to decide on anything, the duo end up arguing, with their argument culminating in Seraphina announcing that she will do all the work for the project and he will merely read off cue cards. 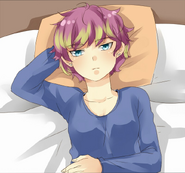 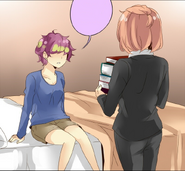 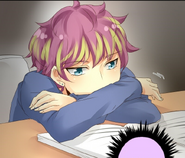 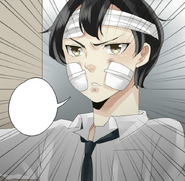 Retrieved from "https://unordinary.fandom.com/wiki/Chapter_36?oldid=8669"
Community content is available under CC-BY-SA unless otherwise noted.