The world doesn't have sympathy for weaklings like you

Gavin, now "powered-up", attacks John with increased speed, strength, and durability. However, John realizes that Gavin's power is simply a flashy self-enhancement and beats him by tricking him into being thrown out a window. Due to his injuries, however, John is forced to go to the infirmary for treatment.

Meanwhile, Seraphina, alone on the school roof, receives a message on her phone. 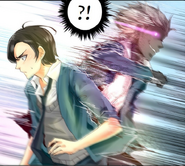 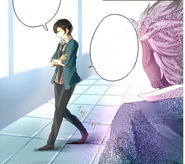 John throwing Gavin out of the window.

Seraphina on the school roof
Add a photo to this gallery

Retrieved from "https://unordinary.fandom.com/wiki/Chapter_3?oldid=25657"
Community content is available under CC-BY-SA unless otherwise noted.