We wait for news to spread. And watch the school break him down... Bit by bit.

This is the 29th episode of unOrdinary.

Arlo watches John seeing off Seraphina from a window and his blue-haired friend asks what the next step in his plan is. To his surprise, Arlo says that he's not going to take direct action. Instead, he'll let the news of Seraphina's suspension spread and watch the other students wear him down.

Some time later, John is reading his report card when Gavin appears. John somehow manages to evade the first attack but gets caught while running away from him.

At the infirmary, Doctor Darren is happy to be seeing John so early. When John asks him why he is smiling, Doctor Darren says that he and Keene bet fifty dollars on how long it would take John to break something after news of Seraphina's suspension got around and he won the bet, much to John's chagrin.

Later, John gets a massage from Seraphina saying she "just got off the plane". 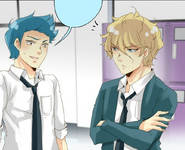 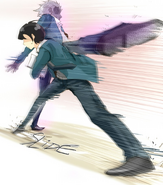 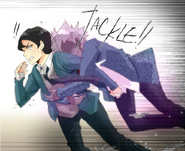 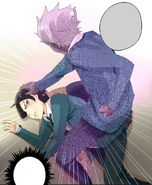 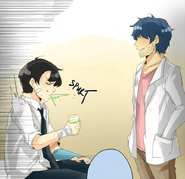 Retrieved from "https://unordinary.fandom.com/wiki/Chapter_29?oldid=7915"
Community content is available under CC-BY-SA unless otherwise noted.