You are so lucky Seraphina has your back...

This is the 26th episode of unOrdinary.

Isen takes John to another room and starts the interrogation by asking him to "please take a seat". He encourages John to answer all his questions with full honesty, which John interprets to be generosity.

First, he asks John where he came from, to which John answers New Bostin, which is apparently very far from Wellston. Then he asks John increasingly personal questions about his family and school life, until becoming aggressive and standing up.

When Isen gets too close to the (as of yet unrevealed, only partially unveiled through snippets of flashbacks) truth about what happened to John in his old school in New Bostin, John loses his cool and grabs Isen by the collar. However, Isen fails to be intimidated and effortlessly frees himself from John's grasp, telling him how lucky he is to be Seraphina's friend and therefore have her protection before leaving. 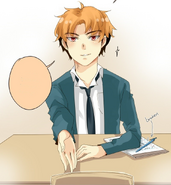 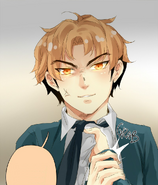 Retrieved from "https://unordinary.fandom.com/wiki/Chapter_26?oldid=8593"
Community content is available under CC-BY-SA unless otherwise noted.