Don't mention it. Next time, watch where you're walking.

This is the 23rd episode of unOrdinary.

In the library, Blyke meets Remi, who has just returned from home. She complains about the quarterly exams the teachers give and asks Blyke what she missed while she was away.

Blyke tells her about Arlo and Seraphina's fight[1], but much to his surprise, everyone already knows about it. Furthermore, she says that she is not going to interfere with their fight, despite being the Queen, because she is not truly the most powerful female student in Wellston - Seraphina is, and a fight between Seraphina and Arlo would be out of her capabilities to handle and she could get killed in the crossfire. Blyke then asks her why she went home, and she reveals that she was attending her brother's funeral.

Meanwhile, John is in class, thinking about a seemingly traumatic experience he had in the past. Called back to reality by his teacher, he goes up to collect his report card and thinks that it could still be worse.

In the corridor, Arlo is walking to his next class and thinking about what he learned from Elaine[2]. He wonders if Unordinary's influence is what makes Seraphina hang out with John in favour of other high-tiers like himself. Suddenly, John walks straight into his jaw and drops his report cards in pain. Surprisingly, Arlo bends down to help John pick up his stuff and leaves him with a warning to watch where he's walking in future. 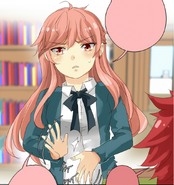 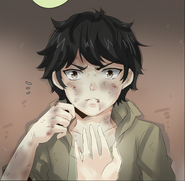 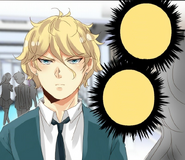 Retrieved from "https://unordinary.fandom.com/wiki/Chapter_23?oldid=8476"
Community content is available under CC-BY-SA unless otherwise noted.