You think after being absent all this time... You can just stroll back in and give me orders?

This is the 17th episode of unOrdinary

Seraphina commands Arlo to stop, but he refuses to listen to her and continues to strangle Rein.

Seeing this, Seraphina steps into the fight and smashes Arlo's barrier. Because of the damage it causes to her arm, she "rewinds" her arm, fully healing it while still destroying the force field.

Arlo is clearly shocked and in pain. After throwing Rein away, he angrily shouts at Seraphina for attacking him. Broven, observing the chaos, remarks how embarrassing it is for teammates to be fighting one another.

Seraphina is unamused by his comment and asks Broven to decide is he wants to continue the Turf War (With the girl who easily beat the opponent who easily beat their strongest teammate) or forfeit. He quickly decides to forfeit, giving the win to Wellston.

While on the train back to Wellston, Arlo ask Elaine about why Seraphina attacked her ("acted up"). After Elaine tells Arlo about John, and how Seraphina changed after hanging out with him, Arlo decides to deal with John personally.

You think you can order me? 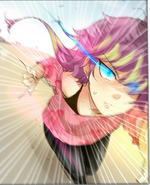 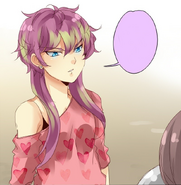 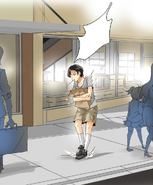 John knows someone's talking about him...
Add a photo to this gallery

Retrieved from "https://unordinary.fandom.com/wiki/Chapter_17?oldid=8064"
Community content is available under CC-BY-SA unless otherwise noted.