There's a reason why Wellston is ranked first in Turf Wars. They've never lost a fight before.

This is the 16th episode of unOrdinary

After Rein's victory, the fight between Wellston's King and Agwin's Queen begins.

Rein starts with an aggressive offence by attacking Arlo with her full power, but none of her attack reach Arlo due to his powerful barriers. When she tries a different tactic (jumping onto his forcefield and hitting him from above), he reflects her attacks onto her, causing her to inadvertently cut herself.

Now intimidated by his power, Rein begins to back away from Wellston's King. However, it is clear that she is no match for him, as he traps her within another barrier and easily dodges or blocks all of her attacks.

As he nonchalantly approaches the trapped Queen of Agwin, she becomes enraged and tries to slap him. Arlo is unfazed by this and instead starts trying to choke her.

Broven calls off the match but Arlo ignores him. Growing desperate, Gou tries to break Arlo's barrier and rescue Rein, despite being clearly outclassed. Wellston's King knocks him out easily and continues to strangle Rein.

Suddenly, Seraphina calls out to him and threatening to use her power, she tells Arlo to stop the fight. 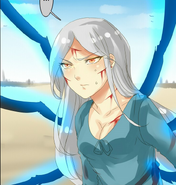 Rein get hurt by Arlo's Barrier 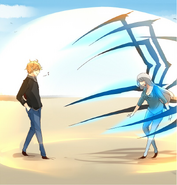 Arlo passing through his own barrier 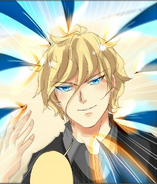 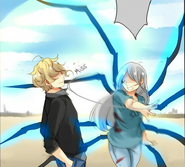 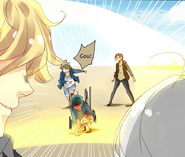 Seraphina!!
Add a photo to this gallery

Retrieved from "https://unordinary.fandom.com/wiki/Chapter_16?oldid=8591"
Community content is available under CC-BY-SA unless otherwise noted.