I can't do anything with her constantly throwing those things at me!

This is the 15th episode of unOrdinary.

After Gou is beaten by Blyke, Agwin's new Queen Rein steps in. She easily defeats him with her ability to grow and manipulate up to eight sharp spider-like legs and injures him so badly that he is nearly knocked unconscious.

Fortunately, Seraphina calls off the match just before Blyke is knocked out and gives Agwin the win. After getting Elaine to attend to Blyke, Seraphina moves to fight Rein but is interrupted by Arlo, who insists that he fight her. 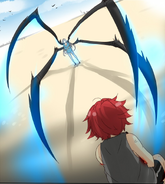 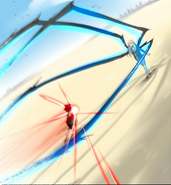 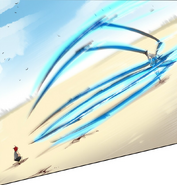 Retrieved from "https://unordinary.fandom.com/wiki/Chapter_15?oldid=20407"
Community content is available under CC-BY-SA unless otherwise noted.